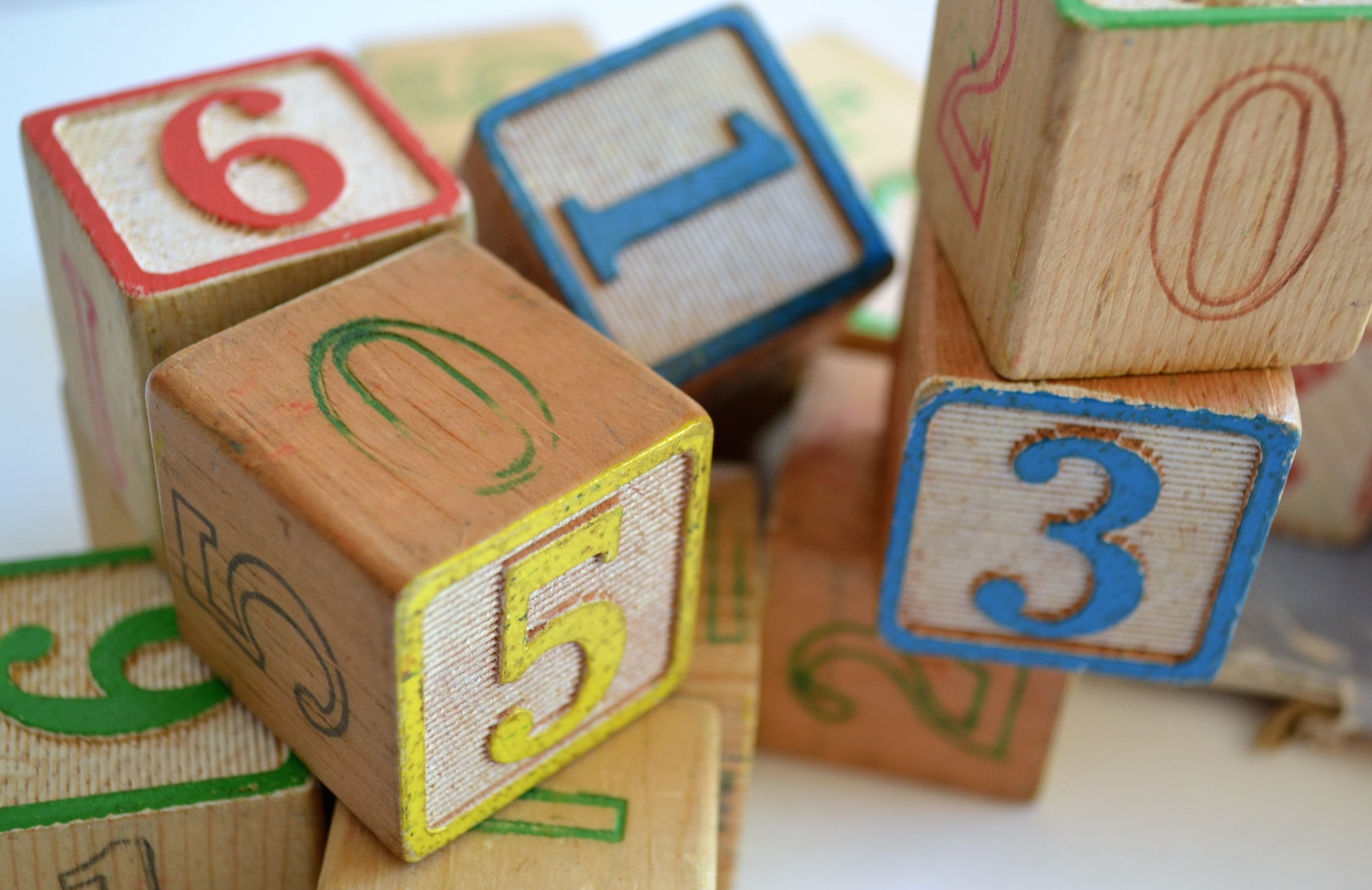 Numerologists believe that everything in the universe is based on the mysterious qualities of numbers.

These characteristics result from the vibrational quality of the numbers. Other followers of new age philosophy refer to the power of things like crystals, jewels, colors, and essential oils as having a vibration.

We'll talk about how science is behind numerology and how simple scientific explanations can be used to explain certain things.

According to the notion, every number has a different vibration that gives it specific features.

These characteristics can reveal a person's conduct or indicate if a couple will get along. Through numerological analysis, a person's lucky number or lucky day can be found.

Recurring numbers might reveal information about the nature of reality or the importance of individuals and events.

Numerologists believe that everything is governed by numbers and that nothing occurs by chance. 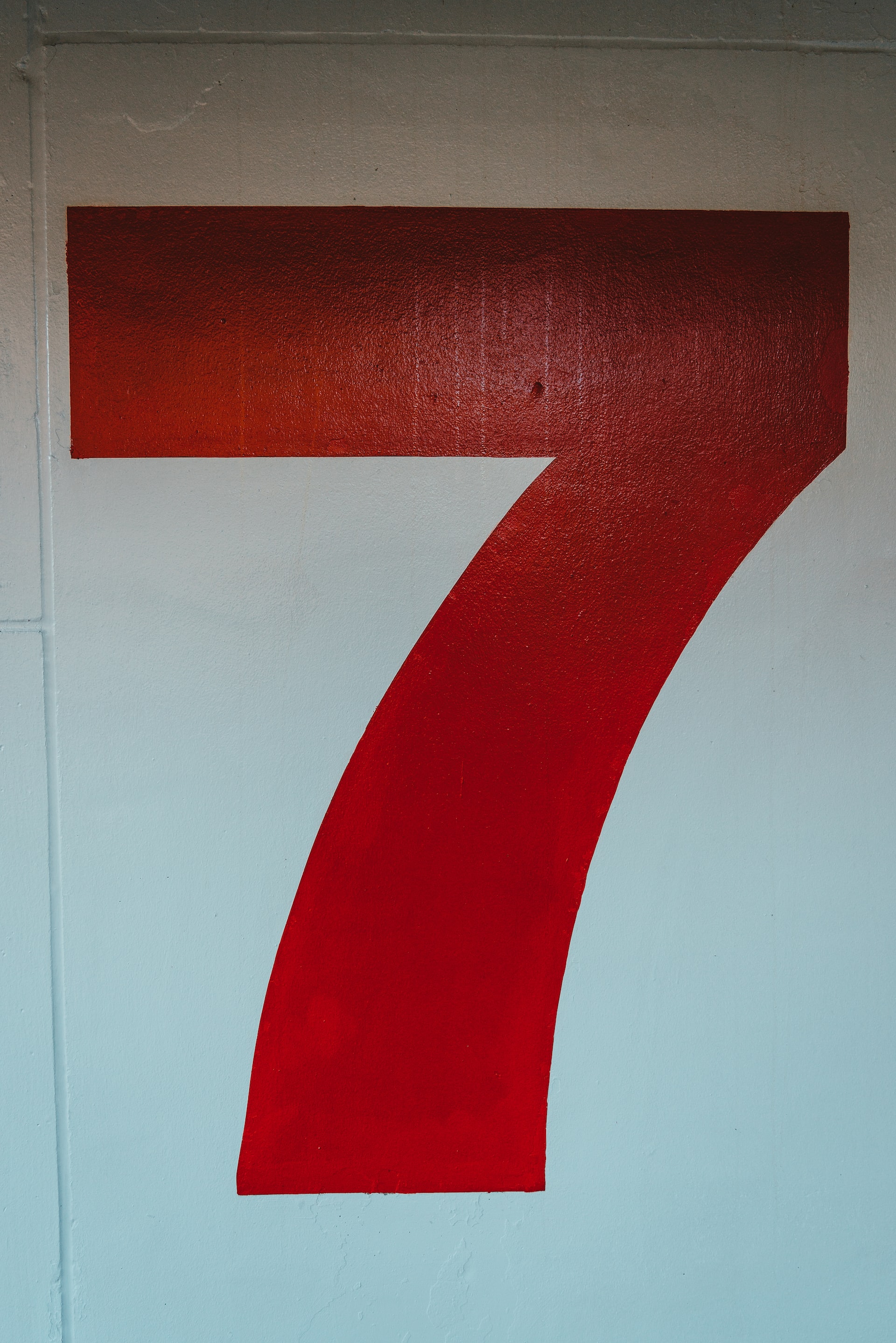 Number seven painted in black over a white wall

As humans later began identifying significant events with the calendar days and celestial occurrences, it appears that humans first began associating numbers with life events many thousands of years ago.

One early example of numerical correlation with human life events is attributed to the Greeks, Chaldeans, and Hebrews.

Although not to the same extent, China, Greece, Japan, and India have created their own methods for this.

Although astrology became a significant occult practice in India, numbers were rarely connected to the occult in the same manner that numerology is now.

Before the word "numerology" was made up, people in Europe used arithmancy, isopsephy, gematria, and other methods to give numerical values to names and other things.

All civilizations have utilized numeric relationships. The number 7 appears to have a niche in one of the oldest Indian scriptures, the Rig Veda: Agni has 7 wives and creates 7 flames, while Surya drives the chariot drawn by 7 horses.

There are supposedly seven portions of the world. Hindus repeat sacred mantras 108 times during prayers (and one reason given for this is that there are 27 major constellations, each with 4 stages; so, in a cycle of 108 recitations, one connects to all of them).

Christians gave the Greek numerals 888 to Christ and 666 to the devil, respectively.

The Theory Behind Numerology

The notion that numbers have an impact on people's futures is known as numerology.

If this is true, then the study of numbers should be able to explain why some things in life are good or bad, figure out what a person's strengths and weaknesses are, predict the future, and offer ways to fix the bad effects of certain numbers.

Uninitiated people may find the codes that numerologists have established for computing definitive numbers to be extremely complex and esoteric.

By continually adding the integers, any number can be reduced to one of the numbers from 1 to 9.

It is expected that numbers have certain characteristics. There are positive and negative numbers.

Master numbers are certain numbers that are greater than 10. (11, 22, 33). Men and women, light and dark, and good and evil are likewise assigned to numbers. Consider the number 1.

People with this number are fortunate in their careers or businesses. Its lucky colors are gold, brown, orange, and yellow, and its lucky gemstone is a ruby, which is 4 carats in size and is advised to be worn on the right ring finger on Sundays as it belongs to the Sun and therefore the Sun-god.

Numbers can be created from any name, including those of people, locations, businesses, homes, and other objects.

The most popular method is repeating the cycle from 1 to 9, starting with each letter of the Roman alphabet with a rising number until 9. A is therefore 1, B is 2, I is 9, and J is one.

According to all branches of "modern" numerology, a person's fate is mostly determined by their birth date and their birth name (translated into numbers).

The Life Path Number is the date of birth added up and reduced to a single digit number.

Modern numerology has a tendency to think that numbers vibrate at various frequencies and possess some kind of mystical force.

Because all things that have an effect on humans, including their bodies, objects, colors, foods, and planets, vibrate, these frequencies determine their qualities and how they impact various people in different ways.

It is also said that "the law of attraction" directs the use of numbers.

Some numerologists believe there is an eerie correlation between numbers and astrology and Tarot.

Numerologists contend that our birth on a specific date and with a certain name is not a coincidence.

Rather, it was predetermined and has an impact on everything that happens in our lives. The numbers provide the key to understanding this.

You can learn more numbers and their relation to gemstones visiting Joynumber and their long research about that topic, check here to see the latest articles.

The Truth Behind The Numbers

There are numbers everywhere, and they link to a person starting on or before the day of birth.

His birthdate and age, the academic class he attends, the days that occur in his life either by chance or on his own volition, such as days of exams, job interviews, promotions, marriage, and childbirth, his social security number, driver's license, personal identification card, phone, home address, and bank account numbers.

One might also compare the numbers from his family and friends to those from himself.

Perhaps the names and addresses of his offices or places of business, as well as the numbers for his tours, airplane seats, hotel rooms, and so forth.

Nothing on earth is left that cannot be expressed in numbers, once you also give numbers to alphabets.

Even things that are beyond the planet can be represented in numbers when numbers are assigned to celestial bodies.

Perhaps numerologists are correct when they claim that everything can be boiled down to numbers. Almost everything, that is!

Modern mathematics uses the decimal system (or base 10) to represent numbers, which consists of nine digits that indicate increasing numbers by one and a zero (or null) digit (numerology either does not recognize it or gives it a negative connotation).

This number system is not special or universal; it is essentially human in origin and has persisted because it was adopted by highly developed ancient civilizations like the Indians and the Mayans, among others.

This approach was more useful than others that featured an excessive number of numerals or too few (even just 3).

Prior to the discovery of zero, numbers were written additively with signs for numbers greater than 9. In Roman, C, for instance, stands for 100, and M, for 1000. MCI is used to represent the number 1101.

There is an astronomical basis behind some numbers.

Although not numbers, these have a rough value (a year has 365.24 days, so after 3 years of 365 days, there has to be a leap year of 366 days). Astronomical measurements are also not always the same.

This is mostly because celestial bodies move in ellipses instead of circles, even though they are roughly represented by constant integers.

Humans also created units to measure things like weights and distances. Therefore, the distance in kilometers between the earth and the sun is known.

If measured in miles or light-years, the number would be different.

Numbers exhibit interesting behavior. Series form when numbers are repeated with either a fixed or variable gap.

Some TV shows are incredibly intriguing, if not confounding. In physics, astronomy, trigonometry, geometry, and other fields, there are a lot of formulas that give results that people who aren't mathematicians might find hard to believe.

Exercises To Test Your Own Numerology

You'll discover that a lot of the significant occurrences in your life happened on the day of your birth.

For instance, you were born on December 23rd, the day of many significant occurrences (of any month).

If your marriage is based on love, your partner and you have strong numerological compatibility.

This means that some of the numbers in your numerology charts are the same, and that your core numbers go well together.

Most of your numbers are not compatible if your relationship with your partner is bad or if it's good but you both have a lot of problems.

Most of your numbers are not compatible. On vehicle license plates, seat numbers (on a bus, train, or theater, for example), and other places, you frequently encounter the number associated with your birthdate.

Your birthday is represented by your house or workplace number. You and your closest buddies share the same birth date.

Your birth number, attitude number, and life path number all strongly influence who you are

Your birth number, attitude number, and life path number all determine your skills. Your issues are in line with the unfavorable characteristics of your numbers. 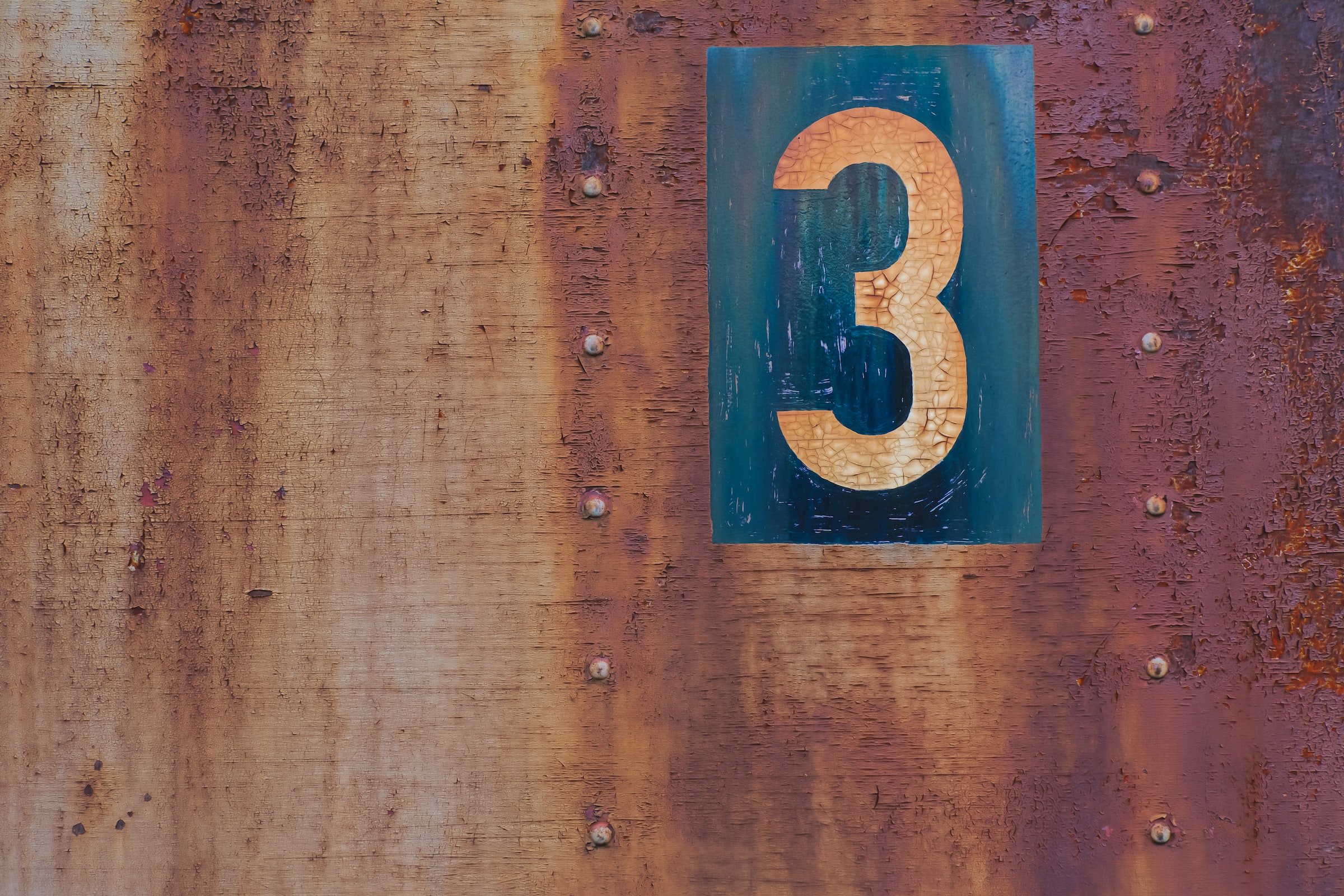 Number 3 painted over a wooden plank

Is Numerology Based On Science?

If the primary source of inspiration for a scientific theory appears to be a series of patterns rather than empirical findings, it may be referred to as numerology.

Scientists often use this informal meaning of the word, which is usually used to make fun of an idea as questionable science.

What Is The Theory Behind Numerology?

Numerology is the use of numbers to forecast the future or understand a person's personality.

Numerology theory is based on the Pythagorean idea that all things can be described by numbers because they can all be broken down into numbers.

Is Numerology A Real Thing?

The last couple decades have seen a rise in the popularity of numerology.

The branch of astrology that focuses on self-awareness and forecasting is numerology. It aids in discovering the world's hidden meaning.

These figures undoubtedly serve a purpose and are significant in life. It's also sort of true that we receive these numbers providentially when we don't choose them.

There may be some validity to the idea that numbers (and other identities) have the capacity to affect our lives in ways that go beyond their intended use.

The human spirit is inquisitive and exploratory, therefore being fascinated by numbers is fine.

We should let mathematicians show us the beauty of numbers. It is not in the interests of humanity to create mysticism around numbers and then use them for personal advantage.

People become more superstitious, pessimistic, and lethargic as a result.