Addiction To Social Media - How To Tell If You Are Addicted 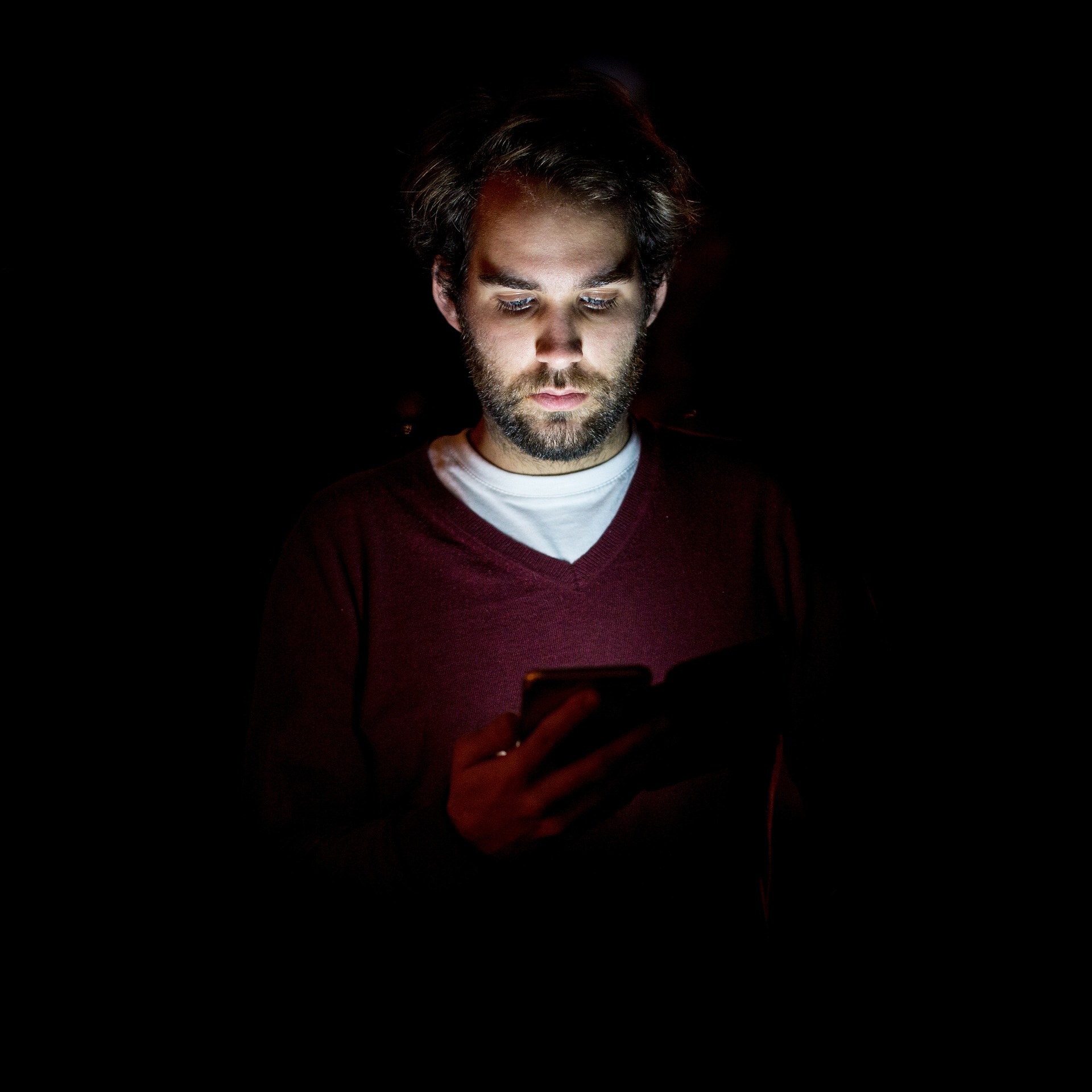 Over the past ten years, checking and scrolling through social media has grown in popularity.

Despite the fact that the majority of people's use of social media is not problematic, a small percentage of users develop an addiction to social media and use them compulsively or excessively. In fact, psychologists predict that between 5 and 10% of Americans currently fit the bill for social media addiction.

When someone is addicted to social media, they worry too much about it, can't get enough of it, and spend so much time and energy on it that it gets in the way of other important parts of their lives.

Similar to other substance use disorders, addictive social media use can cause mood modification, salience (i.e., a behavioral, cognitive, and emotional preoccupation with social media), tolerance (i.e., constant, increasing use of social media), and withdrawal symptoms.

To keep users using their products as much as possible, social media platforms like Facebook, Snapchat, and Instagram alter neural circuitry in a similar way to how gambling and recreational drugs do.

According to studies, the constant barrage of retweets, likes, and shares from these sites causes the same kind of chemical reaction to occur in the brain's reward area as drugs like cocaine.

In fact, social media interaction has been likened by neuroscientists to a direct injection of dopamine into the body.

Social media is physically and psychologically addictive because of the impact it has on the brain.

Dopamine levels increase when someone engages in rewarding behavior or consumes an addictive substance because dopamine-producing neurons in the brain are activated. So, the brain feels a "reward" and associates the substance or activity with good reinforcement.

This can be seen in how people use social media: when they receive a notification, such as a like or a mention, their brain releases a burst of dopamine and sends it along reward pathways, making them feel happy.

For comparatively little work, social media offers an unending supply of instant rewards in the shape of other people's attention. Through this positive reinforcement, the brain rewires itself, making people crave likes, retweets, and emoticon reactions.

The fact that the reward centers of the brain are most active when people are talking about themselves is another element that contributes to social media addiction.

After posting a picture, the person may get positive comments from other people. This makes the brain make dopamine, which rewards the action and keeps the person using social media.

When someone uses social networking sites as a significant coping strategy to deal with stress, loneliness, or despair, social media use becomes problematic.

These users receive ongoing benefits from social media use that they do not receive in real life, leading them to partake in the activity more frequently.

This constant use eventually causes numerous interpersonal issues, including the neglect of real-life relationships, obligations from work or school, and physical health, all of which can compound someone's bad moods. As a result, people increase their social networking activity as a means of coping with dysphoric mood states.

When people keep going through this cycle of using social networks to make themselves feel better, they become more psychologically dependent on them. 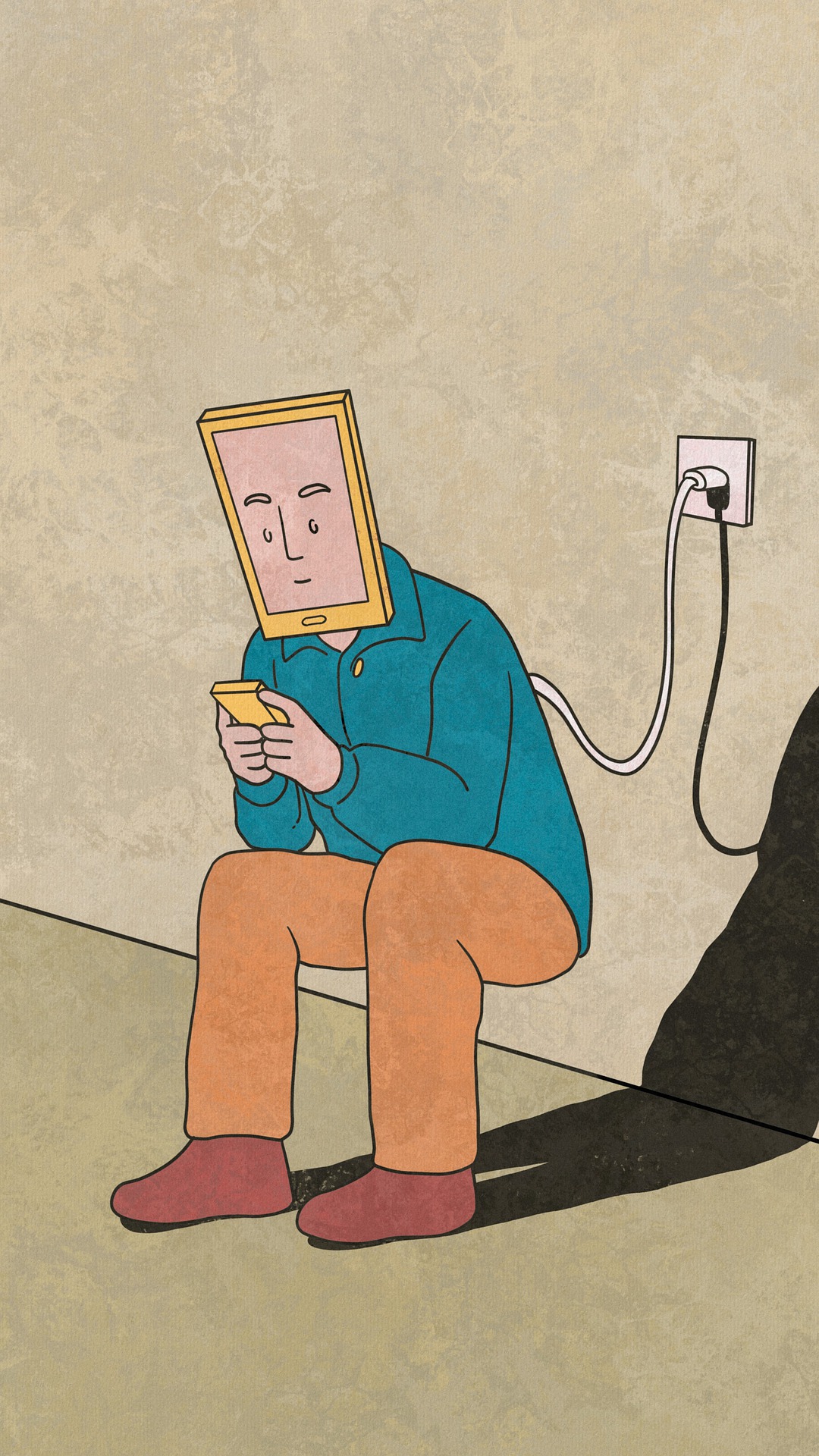 Addiction To Social Media - How To Spot It

Despite the fact that many people use social media regularly, very few of them are actually addicted. Ask the following questions to see if someone is at risk of becoming addicted to social media:

If you answered "yes" to more than three of them, you might have a social media addiction.

A digital detox, which involves drastically reducing the amount of time spent on electronic devices like smartphones or computers, could be a good precaution. Simple actions like turning off sound notifications and just checking social media sites once every hour can be included in this.

Other adjustments can include setting aside self-imposed screen-free time during mealtimes or putting the phone away from the bed at night so as not to interrupt sleep.

This helps people connect with each other in the real world again and makes them less dependent on social networking sites.

How Does Social Media Cause Addiction?

Because using social media causes the brain's reward system to release the "feel-good" chemical dopamine, it can cause physical and psychological addiction.

A neurotransmitter is a chemical that sends messages between neurons and is involved in the way dopamine works in the brain and body.

How Do I Break My Addiction To Social Media?

You're less likely to spend time on social media if you don't always see an icon or alert on your phone. Set boundaries and abide by them.

There are several indicators that you might have a social media addiction: I log in and out of social media frequently.

When you're not using social media, you frequently think about it. Spending less time on hobbies, other activities, and socializing so they can spend more time on social media.

The drive to use and participate on social networking sites consumes those with a social media addiction. However, many others can utilize social media on a daily basis without any issues.

Fortunately, the illness is fairly treatable, and many people have made a full recovery. Cutting down on screen time is a good way to deal with social media addiction, but if the problem is too bad, you may need help from a professional.

If you have trouble controlling your use and suspect you may be addicted, think about why you use social media and what the benefits and drawbacks of the time spent on various platforms are.

To paraphrase a well-known saying, it is at the very least absurd to keep doing the same thing and expect a different outcome. The good news is that it's feasible to limit your usage of dangerous social media, and you're not alone.

Always look for help and go with professional medical services to help you exit from an addiction to social media.